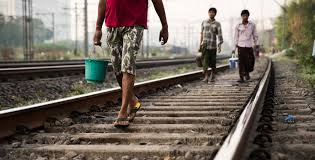 Whenever we think about our ancestors, we wonder what they were eating and drinking, where they lived, and so on. But we don’t really wonder how they got released. This seems to be insignificant because it’s something of the past for many of us and we don’t think about anything other than in a toilet. Nevertheless, the latest study on clean water, sanitation, and hygiene by WHO states that 4,2 billion people do not even have adequate sanitation facilities, and 673 million still use defecation open in fields, rivers, ponds, or sewage treatment. Thus, every year on 19 November, the World Toilet Day is inspiring to address and encourage a global sanitation situation. When we recognize that one person can produce almost four tons of excreta over its lifetime, according to an UN-INWEH study, which was published in 2015, and we generate together about 300 million tons of fecal products annually. The sanitation bill is poor. ​

In ancient times, original people had squatted for defecating outside, a position that, by the way, was normal and productive because the efficiency of the intestinal chamber was reduced and we stimulated the bowel movement by increasing the pressure on the abdomen. People would defecate anywhere at this time: at a field by the river, behind or before a tree, because we were not ashamed at that time. This feeling came later, almost 4,000 years ago, when they were considering inventing something to sit and wait for nature to call without others.

The Romans agreed in the 1st century to conduct some urban works in order to relieve the people. The columns were openings in the walls, which were important both to urinate and to defecate in the Roman time. The Romans used some sort of ‘wipe,’ a cloth tied to a stick, to clean up after defecation to show that anything was created in existence. The idea was good: Roman citizens finally have a toilet of great quality. But they went further, and installed community wells, which could not have been the best way for sanitation, to wash their clothes. The reality is that people are still defecating everywhere, because nature calls. When John Harington, Queen Elizabeth I of England ‘s nephew, built his first historical toilet, a wooden box with an opening that led to a porcelain tub, in 1597 the modern toilet eventually came into being in a number of rooms and streets overflowing with poo. The queen didn’t love him, so she retained her nephew’s modern throne. Thomas Crapper, a French plumber with plenty of free time, strengthened the S-bend plumbing trap later in 1884 by inventing a U-bend linking the toilet to the water drain, allowing removal of waste and a foul smell.

The human activity of defecating (in the open environment) is open defecation instead of into the toilet. Fields, brooks, forests, ditches, streets, canals, or any other open space for defecation are available to people. They are either not readily available toilets or because of traditional cultural practices. Practice is common in sanitary facilities and services not available. Everyone will also need to make efforts to improve behavior to encourage toilet usage, even if toilets are available. Open defecation free (ODF) is used to describe societies that have migrated to the toilet rather than open. For example, after complete sanitation systems have been introduced under community control. This may happen. About 673 million people are now believed to be defecating openly. This is down from about 892 million, who in 2016 were publicly defecated, or 12% of the total world population. Of the 892 million people who practice open defecation in this country, 76% (678 million) reside in only seven countries in that year. Open defecation can contaminate the environment and cause problems in health. High malnutrition rates are related to high mortality among infants, inadequate nutrition, deprivation, and significant inequality in the rich and poor.

Opening up defecation is a very old practice. More open spaces and less population pressure was present in ancient times on land. Defeating in the open was believed to cause little harm in areas with poor populations, forests, or campsites. Open defecation was a concern and a significant public health problem and a human dignity problem with growth and urbanization. With the population growth in smaller areas, such as towns and villages, hygiene and safety were given more importance. Consequently, the global emphasis on raising the practice of open defecation has increased. Open defecation is an affront to personal honor and perpetuates the violent cycle of disease and deprivation. The most widely observed countries with open defecation are children under the age of five which have the highest deaths, undernourishment, high rates of violence which large disparities between the wealthy and the poor.

The word “open defecation” has been used extensively since around 2008 in the water, sanitation, and hygiene sector (WASH). This was the product of the publications issued by the JMP and the UN International Year of Sanitation. The JMP is a collaborative initiative between the WHO and UNICEF to track the Sustainable Development Goal 6 water and sanitation objectives. Two types were established for tracking purposes : ( 1) improved sanitation and (2) improved sanitation. Open defecation belongs to the unenhanced sanitation category. In other words, people with open defecation have no access to better sanitation. The World Toilet Day 2013 was celebrated for the first time as an official United Nations Day. The term “open defeat” was employed in high-level speeches, helping to draw global attention to this issue (in the March 2013 Deputy Secretary-General of the UN’s call for action on sanitation, for example).

The first term in community based Total Health Currencies System (CLTS) is “Open Defecation Free” (ODF). In other cases, ODF has now entered use. The original meaning of ODF suggested that all the members of the group use sanitation facilities (like toilets) rather than being free to defecation. In some countries that have implemented the CLTS approach in their programs to stop the practice of open loss, this concept has been strengthened and new requirements introduced.

In the middle of 2015, ODF was identified as the terminations for fecal-oral transmission by the Indian Ministry of Water and Hygiene (IMH):

In this case, “secure technology choice” means toilet that contains fossilized soils so that air, groundwater, or surface water is not contaminated; flies and animals do not touch open foliage; nobody handles excreta; no odors and no visible feces around in the area.

There are various causes of open loss. It can be voluntary, semi-volunteer, or accidental. The explanation for this is generally a lack of access to a bathroom. In some cases, however, even people with toilets tend to defecate freely for their homes. The following are some specific factors contributing to open defecation.

There is no sanitation exposure to the same negative public health effects of open defecation as defined. The most common cause of diverse illnesses is open defecation — as well as a lack of sanitation and hygiene in general, but also typhoid, cholera, hepatitis, polio, and trachoma. In 2011, the mortality rate for infectious diarrhea in children under five and 250% of school days was nearly 0.7 million. This can also contribute to malnutrition and stunted children’s development. Some diseases, which are transmitted by fecal pathogens to water, are known under the names of aquatic diseases. Open defecation can cause water pollution when rain spreads feces to surface water or unprotected wells in the area. The WHO considered open defecation to be a leading cause of diarrheal death in 2014. An average, under-five children die of diarrhea every day. Young children are particularly vulnerable to feces from other people lying around after open desertification because young children crawl in the dirt and walk barefoot without handwashing. Agricultural animal feces are also a problem when children play in the yard. The most widely practiced countries with open defecation have the highest mortality rate for children younger than five and the highest rates with malnutrition (this contributes to a decreasing growth of infants), high poverty levels, and large inequalities between rich and poor.

The effects of open defecation on sex are high. The absence of clean, private toilets makes women and girls vulnerable to abuse and hinders education for girls. Women are at risk of sexual assault and rape when finding places for free, reclusive and private defecation, often during the dark hours.

In developing countries, this has an especially important effect on the welfare and dignity of women and girls. You are frustrated to have to defecate too much in public before nightfall to relieve yourself. You may be targeted after darkness but this means holding your bladder and bowels painfully during the day. Women are increasingly afraid of assault or violin developed countries when they have to leave their houses after dark. It is also mentioned that women have been assaulted or abused in or close to toilets as well as in places where women openly defect.

Most vehicles are used to prevent open defecation, one of them being behavioral improvements. A conceptual structure built specifically to deal with sanitation and health problems is Sani FOAM (Focus on Opportunity, Capacity, and Motivation). The Sani FOAM model identifies obstacles to the implementation of latrines using the emphasis, capacity, ability, and motivation to plan, track and evaluate sanitation interventions at the same time. In addition to behavior improvements, the following are some of the main drivers used to counter open defeat: