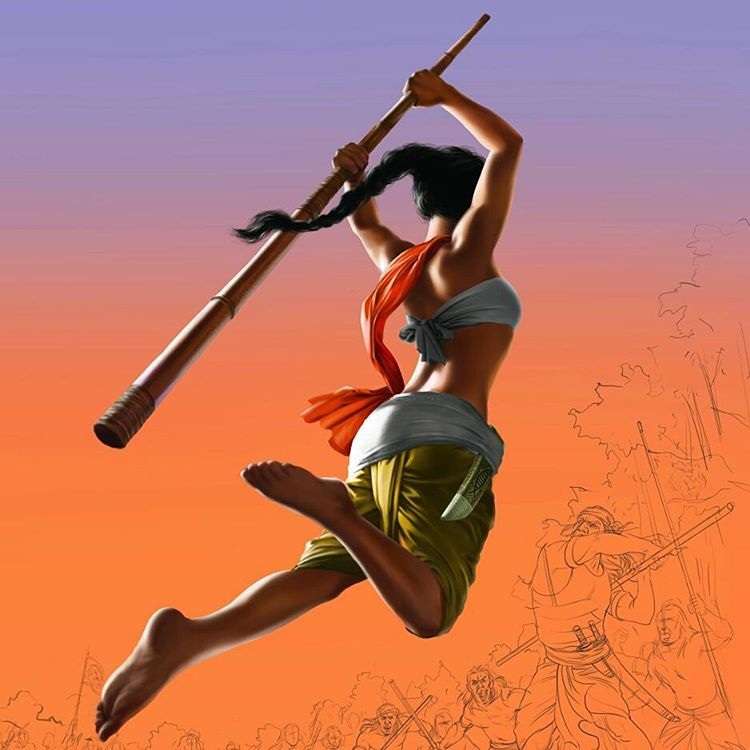 THE STRUCTURE
The Monument will have three levels:
Level 1 – Base: In form of a stage, a pedestal. It will have four stairways – two each marked for approach and departure. At the height of XYZ meters above the ground, the  pedestal will be in dimensions of X meters by Y meters with a safe railings on all sides. In the middle of the pedestal will be the Level 2 of the Monument and all the space around will be for visitors to spend time in sightseeing and watching the Monument up close.
Level 2 – Globe: Sita the Warrior shall be perched atop a globe. The globe denotes Mother Earth and Sita, the warrior being an extension of her. From Earth she came and to its womb she returned. Perched atop the globe, Sita represents the universal aspect of all women – an extension of Mother Earth.
Inside the Globe shall be a Museum.
Sita Digital Museum and Art Center:
Museum:In the Museum shall be depicted various events of the life of Sita, the princess, the queen and the Goddess. The narration shall be from the perspective of Sita – the woman. All her life events are known to the world from the perspective of males who have carved literature to eulogize Ram. This will be an account of Sita, the view of a woman.
Cultural Activity Center:The Museum floor shall also serve as stage for cultural and performing artists on a regular basis.

Art Center:Mithila and surrounding regions are rich with traditional native art and crafts. Best of native artwork will be invited on the theme of Sita and shall be put on display and sale – online and off the counter. We shall also have regular themes for Art Display on which willing artists can send their work for the exhibition. For the most exquisite art works, we shall connect them to prospective buyers from all over the world through our website.
The Monument shall not only serve as Religious and Cultural purpose, it shall also be a center for economic boost through Tourism and promotion of native Art and Craft.
Thus Sita the Warrior represents Mother Mithila in form of Sita. And the monument aims not only to nourish theology and tradition, it shall also create economic opportunities as well as trade and art celebration events.

A Monument to the Tenacious young woman – A proposed Cultural Study Center.

A Monument dedicated to Empowered Womanhood – as the Daughter of the Earth, a tribute to all Mothers when they were young and growing (maturing).

Every woman was once a little girl. This was especially true in Sita’s case.  Full of immense possibilities, she could have been an empress, a thinker, a scholar, a trader, an inventor, a discoverer, an artist, or a warrior.

Sita, or Janaki as she is also fondly called, could have been a warrior. Her father, Emperor Janak, had been given the bow of Lord Shiva, also known as the mighty Pinaka, for safekeeping. It was so enormous and exquisite and majestic that it required several people to just simply move it.

During a cleaning session though, Sita lifted the Pinaka with tremendous ease, astonishing Janaka.

The monument will be a tribute to Sita, the warrior, to portray the epitome of strength and possibilities a maiden possesses.

The inspiration for this monument came from Sita, the daughter of Emperor Janak of Mithila in modern Nepal, specifically Janakpur Dham, from the mythological book known as Ramayan.

The legend goes, there was no rainfall in Mithila for a long time. The wise men and sages advised the Emperor himself should plow the field as an auspicious ritual.

During the ceremony, the plow hit a metal pot. Inside it was a baby girl.

Emperor Janak adopted her as his daughter and named her SITA – meaning the Furrow, the long trench on the ground dug for planting seeds.

Sita was the apple of every eye in Mithila. Well known as the Daughter of the Earth, she possessed a range of qualities and talents. Alongside, she also displayed her great physical strength by lifting the Bow of Shiva with ease.

Witnessing that, the Emperor decided to organize a “Swayamvar” (an open marriage challenge) in sync with the customs of the time. Anyone who could tie a string on the mighty bow Pinaak was qualified to marry Sita. The legendary Ram and other warriors of the era arrived to participate and the rest, as they say, is epic mythology.

The Monument freezes and celebrates Sita, representing the young girl with all her talents, education, strength, dreams and aspirations. It’s a tribute to all women – celebrating the time when they were girls with unlimited possibilities and dreams.

The Monument will also include elements of native and traditional spiritual expressions of various cultures from the world depicting the idea of Girl as the daughter of the Earth. The thinking and observant people from each culture have been inspired by their land and connected with nature in their own way.

There is no known monument in the world that unites original spiritual expressions of the world. Sita, the daughter of Earth intends to do just that.

Why such a project:

Monuments, they say are not for the dead but for the living. As the melody remains long after the song, great lives inspire people for centuries. Their memories must be packaged in modern thoughts so that echoes from the past guide human civilization to the future.

USA is the melting pot of humanity. To ensure a smooth merger of human diversity, elements from various cultures must be introduced packaged in a universal outlook.

The Sita monument – an idea from the ancient East, including spiritual elements from all of humanity is in total sync with the universal vision of America.

·      Point of Attraction: Sita is a revered figure amongst billions of people around the world. It shall be the tallest statue of Sita and will attract the immediate attention of people from all over.

·      Cementing greater ties with southeast Asian Countries: The project will forge greater emotional connect between the USA and nations like India, Nepal, Bhutan, Bangladesh, and Sri Lanka. All of them have very strong diaspora in the USA.

·      Attracting the Indians: Texas is the home for about 9 percent of Indians in the USA. This project will attract the attention not only of them but of the millions of them living all over America but also those of visitors.

·      Tourist Interest: The Monument shall become a huge tourist interest. The project shall have a Restaurant, residence space for visitors, an auditorium and a Sita Museum where visitors shall be introduced to various aspects of her life.

·      Regular Events: The Monument shall organize events at a regular basis and will become a center for socializing, culture and holidays.

·      Promote Harmony and Understanding: The project aims to promote a better understanding of different communities and human groups in the spirit of mutual respect and interest.

·      Promotes Awareness to Nature: Sita, the girl who is depicted as the daughter of the Earth. The idea also is to promote nature and environment conservation creating an emotional connection of humans with Earth.

·      Collaboration with Several Organizations: Several respectable organizations with a worldwide presence will be a partner in the project. The region will come under their interest scanner.

·      Promoting Texas: The Monument shall be another feather in the cap and will add to the glory of Texas.

The inter-community dialogues and workshops initiated at the auditorium will eventually be guided to establish a Cultural Study Center.

A Brief of the features of the Sita:

Since the proposed Monument has been designed for a Universal appeal and seeks to be a converging point for all cultures to celebrate the young woman – we propose the following:

Humans can be roughly be categorized into five ethnic groups. The proposed Monument Sita will borrow features from all ethnic groups.

For the purpose, I propose:

What I mean to ask is by collaborating with us, what benefit would arise for them? How will we show and convince them that a collaboration is the best choice of action in our current states?

This can be elaborated upon by people of Thought Group. However, this could be a term of collaboration:

Will be on Advisory Board

FOR THAT I THINK YOU NEED TO INFORMALLY DISCUSS THIS PLAN WITH A LAWYER AND FINANCIAL PLANNER SO THAT ONE GETS TO KNOW THE BEST LEGAL IDENTITY AND FINANCIAL STRUCTURE FOR IT.